Based on the story by Cedella Marley

Adapted for the stage by Michael J. Bobbitt

Fridays are PJs & Play performances – where ANY audience member can wear pajamas and watch the show!

Back by Popular Demand!

Our hit Bob Marley musical takes the stage again, before heading out on tour!

Growing up can be hard, but ‘don’t worry ‘bout a thing, man!’ Ziggy wants to get out and enjoy his beautiful island in the sun, but the fear of evil spirits, tropical storms, and bandits keep him locked inside. With the help of a few feathered friends, he learns to face his fears and is reminded in soothing six-part harmony that ‘every little thing gonna’ be alright!’ Featuring music and lyrics by the reggae legend himself, and based on the story by his eldest daughter, Cedella Marley, Bob Marley’s Three Little Birds is a jammin’ musical that’s perfect for the whole family.

While Georgia is labeled “High Risk,” Synchronicity will require all audience members to provide proof (via phone or paper) of a Negative COVID test (taken within 72 hours – rapid tests are fine) OR proof of full vaccination to gain admittance to the theatre. We also require that audience members wear masks at all times. Visit our COVID-19 page for our full COVID-safety protocols, including our ventilation upgrades and HEPA filter installations.

Bob Marley (Music and Lyrics), born Robert Nesta Marley, was a Jamaican singer, songwriter, and musician. Considered one of the pioneers of reggae, his musical career was marked by fusing elements of reggae, ska, and rocksteady, as well as his distinctive vocal and songwriting style. 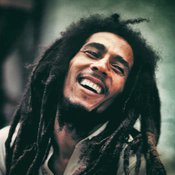 Michael J. Bobbitt (Stage Adaptation) served as the Artistic Director of the New Repertory Theatre in Watertown, MA; immediately prior he held the same position at the Adventure Theatre-MTC in Maryland for twelve years. While in Maryland Bobbitt led the organization to be a respected theatre/training company in the DC region, as well as a nationally influential professional Theatre for Young Audiences. He has directed/choreographed at Arena Stage, Ford’s Theatre, The Shakespeare Theatre Company, Olney Theatre Center, Studio Theatre, Woolly Mammoth Theatre, Center Stage, Roundhouse Theatre, The Kennedy Center, and the Washington National Opera. His national and international credits include the NY Musical Theatre Festival, Mel Tillis 2001, La Jolla Playhouse, Children’s Theatre of Charlotte, Jefferson Performing Arts Center, and the Olympics. As a writer his work was chosen for the NYC International Fringe Festival and The New York and Musical Theatre Festival. 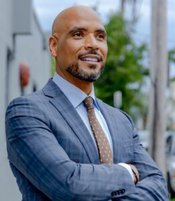 “ BOB MARLEY'S THREE LITTLE BIRDS shares the legendary artist's message of peace and love with a new generation of songbirds. ”