Medica by Daryl Lisa Fazio
Directed by Rachel May

Hands of Color by Kimberly Monks
Directed by Lydia Fort

Tickets to SheWRITES are FREE, but we do require a reservation.

In association with the Playwrights’ Center of Minneapolis and Atlanta’s Working Title Playwrights, Synchronicity Theatre will present SheWrites, a national playwriting competition for women, February 12 – 24, 2018, Synchronicity Theatre in Atlanta. The plays that will be work shopped this year are Medica by Daryl Lisa Fazio, Romeo & Naomi Ramirez by Kathryn Walat, and Hands of Color by Kimberly Monks.

SheWrites provides women playwrights with the opportunity to develop previously unproduced work, and garner exposure for these new pieces. Over the course of 10 days, Synchronicity will bring three playwrights to town to investigate, tweak, prod and polish their plays. Each play will be assigned a director, a dramaturg, and a stage manager, and will be cast with excellent Atlanta actors. The goal is for each playwright to have time to develop the play based on her own needs. The workshop will end with a public reading of each script.

Directed by Rachel May

In a remote surgical tent during a 25-year war, in a time later than now, and in a world where all healers are women, 60-year old Dr. Minnie Vega is going to snap. Until gifted, young Dr. Irene Wilde enters her reality, along with the troops involved in a sudden offensive. And for the next 24 hours, the two doctors butt heads and fix soldiers who, for some reason, all look the same. Radios breathe and defy space and time. Light comes out of fingers. And really, all these doctors want to know is: can it be possible to take care of yourself while you’re healing everyone else?

She’s a rookie cop on her first undercover narcotics assignment. He’s an Honors English student trying to live up to his Shakespearean name. And this is Florida, with some of the toughest drug laws in the nation. So is it a love story... or a tragedy? Whose version are you going to believe?

Hands of Color by Kimberly Monks

Hands of Color shares a new and pure perspective on racism and its “Why.” It follows the experience of Thomas, a White man who slowly has his racist views stripped from him by the various people he encounters in the African-American community. Can love and hate thrive alongside each other? Are innocence and love the cure for racism? Is redemption, all possible for those we deem irredeemable? 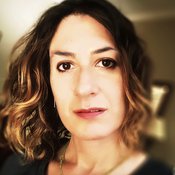 Kathryn Walat’s play Creation premiered, the Theatre @ Boston Court in Pasadena, for which she was nominated for an LA Stage Alliance Ovation Award for Playwriting. Her Victoria Martin: Math Team Queen premiered Off-Broadway, the Women’s Project, and was published in New Playwrights: The Best Plays of 2007; and her politically resonant Bleeding Kansas premiered, the Hangar Theatre (Ithaca, NY) and received a Francesca Primus Citation from the American Theatre Critics Association. Other productions include See Bat Fly (Brown-Trinity Playwrights Rep), Ancient Gods of the Backwoods (New George’s Germ Project, NYC), Know Dog (Salvage Vanguard, Austin), Johnny Hong Kong (Perishable Theatre, Providence), and the On the Road anthology project (Actors’ Theatre of Louisville). As a core member of the Playwrights’ Center in Minneapolis, Romeo & Naomi Ramirez was developed as part of their Ruth Easton New Play Series, and her Small Town Values appeared, PlayLabs; both plays were also recognized on the Kilroy’s List. Kate has been in residence, such places as the Eugene O’Neill Theatre Center, Bay Area Playwrights Festival, Lark Play Development Center, The Orchard Project, and Yaddo; and commissioned by MCC Theater, Yale Repertory Theatre, and New Georges (where she is an Affiliated Artist). As an opera librettist, her work has been produced by Chicago Lyric Opera, Pittsburgh Opera, and twice, the PROTOTYPE festival in New York. Her latest play, Southern Haunt, appeared in fall 2016 in the Threshold New Play Festival, Actor’s Express. A former resident of Savannah, she now lives in New York, and teaches playwriting, the State University of New York/Albany. BA: Brown University, MFA: Yale School of Drama.

Kimberly Monks is a third-year MFA Acting candidate and emerging playwright, UC San Diego. She graduated from Vanguard University of Southern California in 2015. UCSD Theatre credits: La Bete, Damascus, Native Son, The Taming of the Shrew, Are You There?, What of the Night, A Raisin in the Sun. Regional Credits: Incurable: A Fool’s Tale (Guthrie Theater, 2017 Guthrie Experience), Wild Goose Dreams (La Jolla Playhouse). Kimberly is more than excited to be embarking on such a journey with Synchronicity Theatre for her playwriting debut. She plans to continue giving a voice to the marginalized and the silenced by telling stories that must be told. 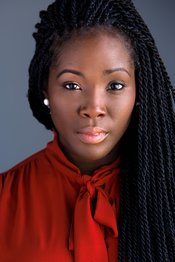 All the young soldiers (Medica)